For the temperature measurement at rho Cas we used the lines Fe I 6431A and Fe II 6433A. With the help of the line-depth ratio, we measured their ratio and were able to determine the temperature using a previously prepared thermometer.

Thermometer:
The thermometer was created with temperature data of 50 FGK supergiants from the ELODIE and UVES databases. 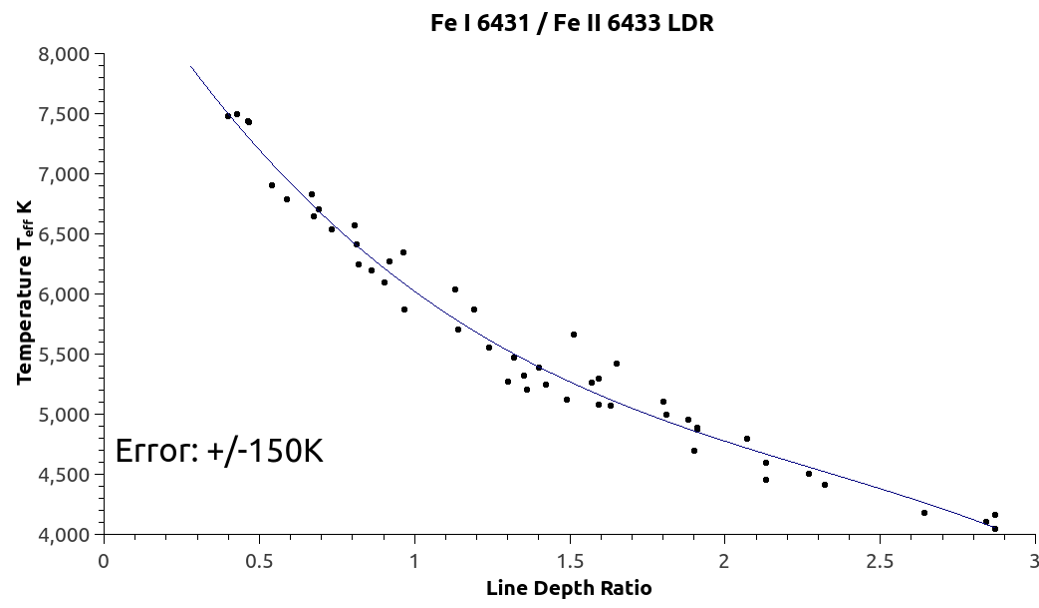 The same lines were measured on these stars.

In June we found out that the Fe I line is being increasingly disturbed by an emission, which greatly worsens the data. A long search for new lines began.
However, most Fe I lines and many other neutral lines are affected by the same phenomenon.

On the vertical axis is the LDR and on the right axis the temperature in Kelvin.

Only the spectra without emission in the neutral lines were measured (February to April). The data from the Fe I 6431A and Fe II 6433A still fit better than this ratio and those previously tested.