In the selected spectral range from 6331 - 6601 A the most dominant line is the Halpha line with 6562.8 A. Halpha is formed in the outer layers of the atmosphere and is therefore strongly affected by the pulsation of the star [1].

In the spectrum of rho Cas it occurs in different profile forms. The literature speaks of an (inverse) P Cygni profile (after the star P Cygni in whose spectrum it was first seen) in the broadest sense [1].

P Cygni profiles show Halpha with one absorption and one or two emission components. The following two figures show the pure forms of normal and inverse P Cygni profiles [2]: 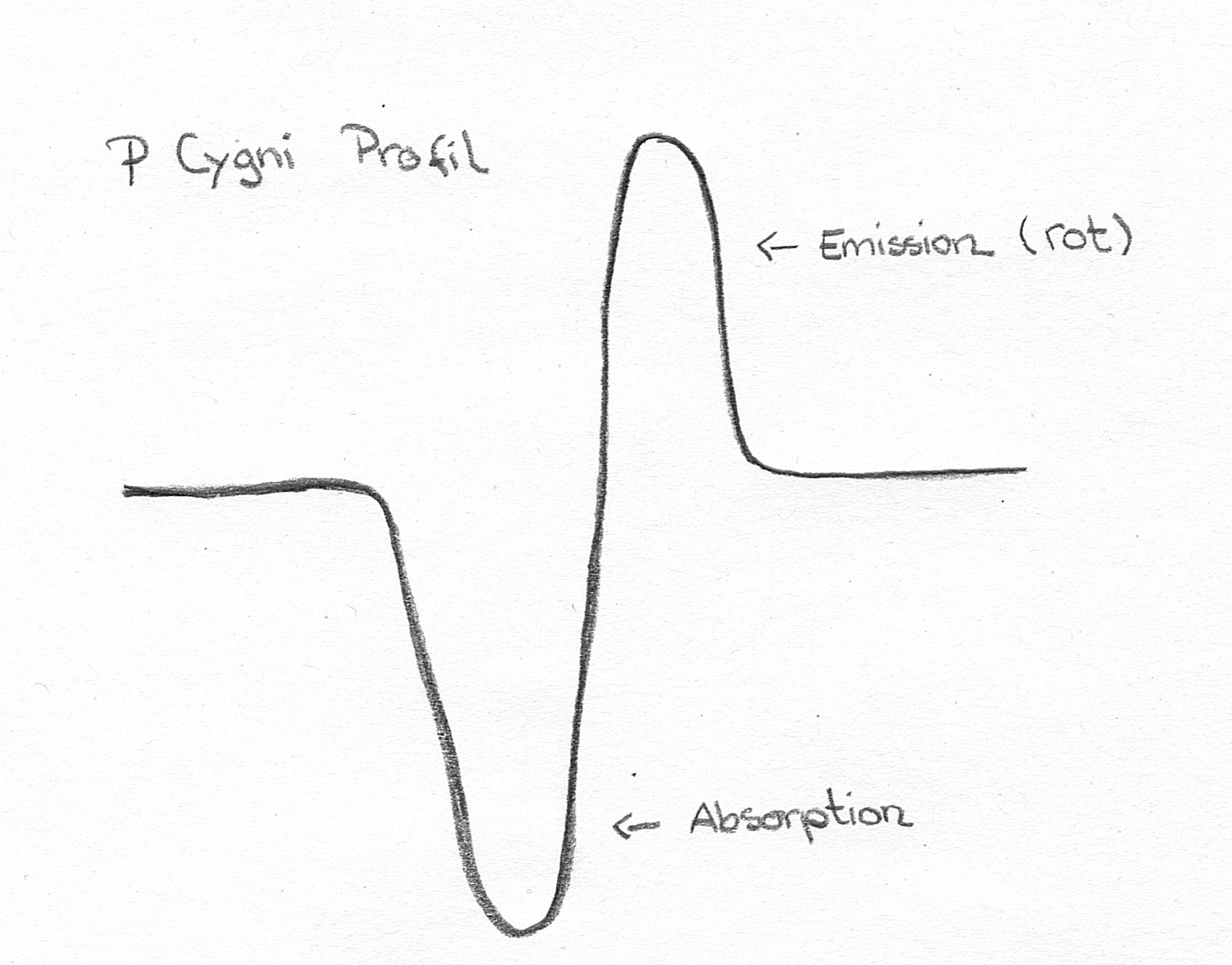 The normal P Cygni profile shows a blue-shifted absorption and a static emission component on the red side. 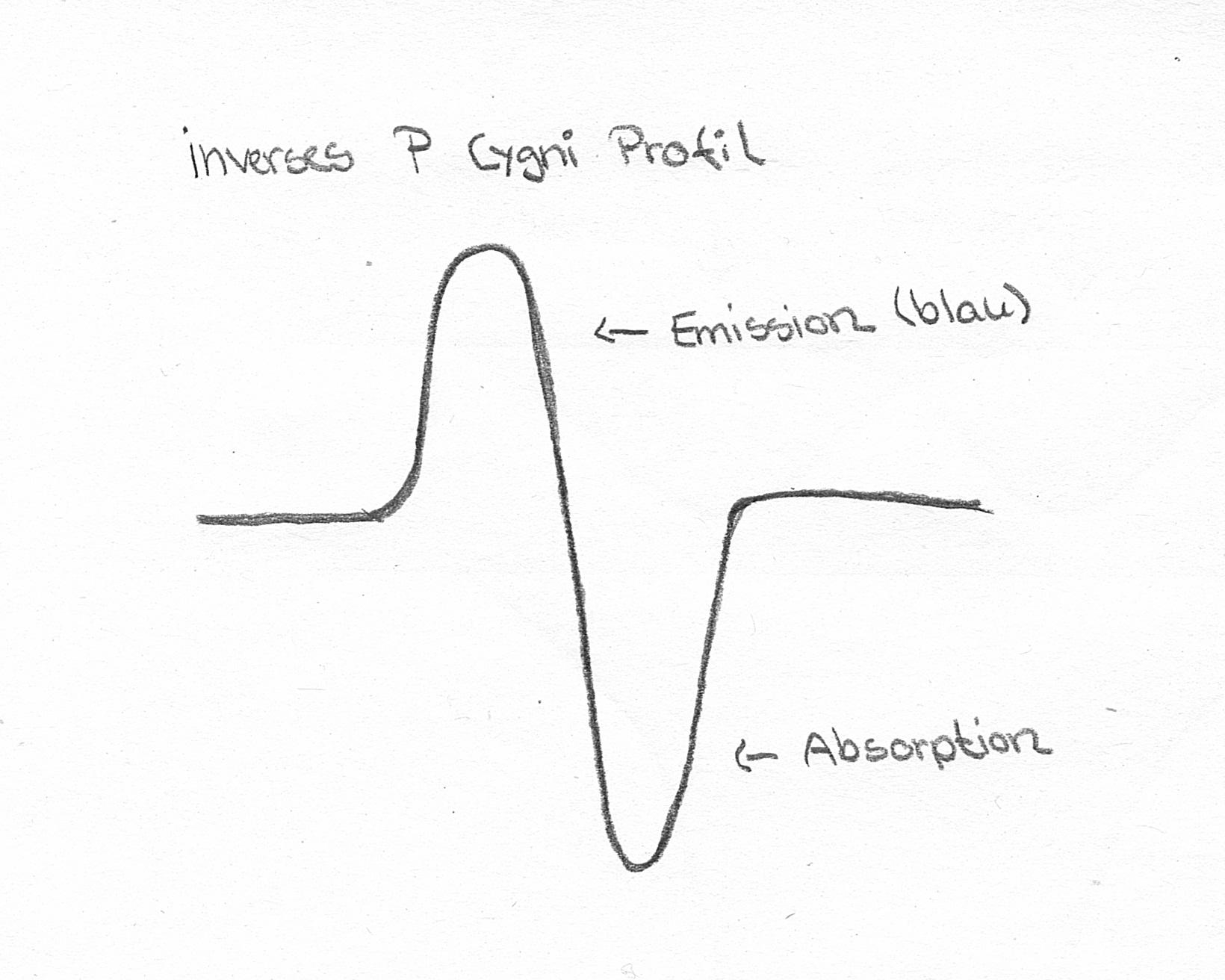 The inverse P Cygni profile is mirror inverted, with a red-shifted absorption.

However, the Halpha line of rho Cas cannot be clearly assigned to either of the two categories. In contrast to the model, the absorption is mostly static and the emission component(s) blue or red shifted. Over the year 2018 there were strong changes in the line form. If one only looks at the shape, the profile changes from an inverse P Cygni, over a shape with two emission components to a line, in which almost no emission is recognizable anymore. This roughly means that the star first contracts and then enters a phase where matter of this layer partly expands and partly continues to contract. Then the emission decreases further and further and disappears almost completely. 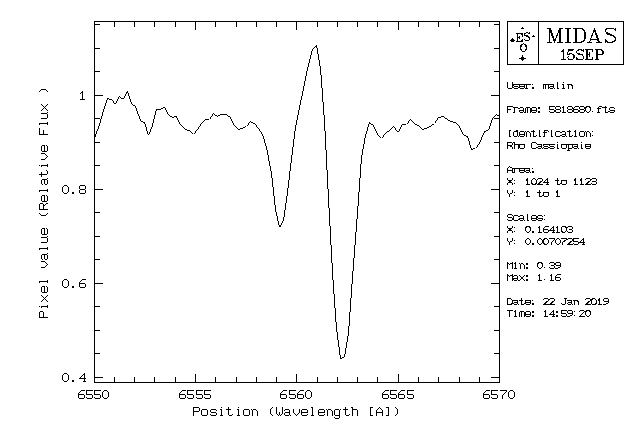 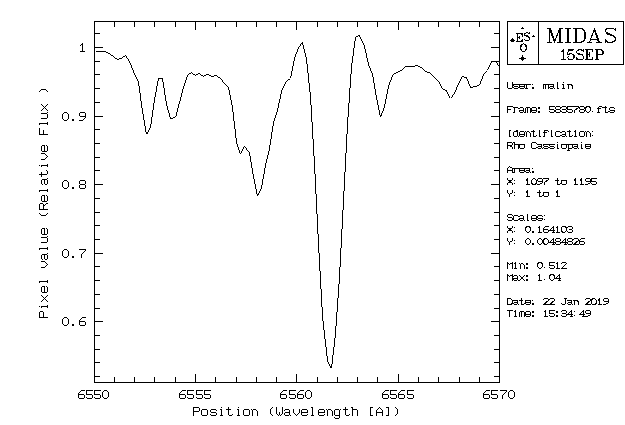 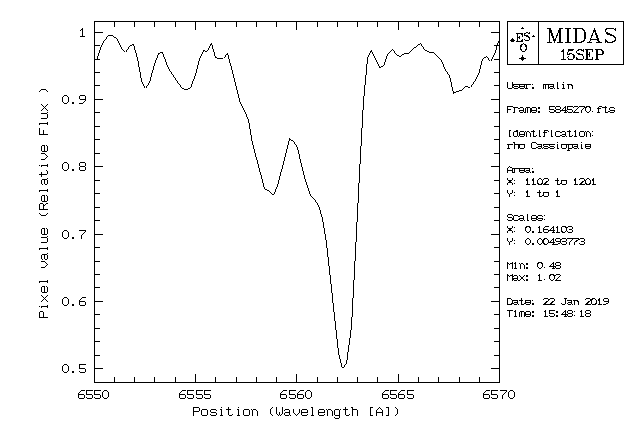 The plots show the Halpha line in the three different phases.